Can Einstein’s Energy Theory Be Applied To Our Human Capital?

The other day I ran across one of Albert Einstein’s quotes, “Energy cannot be created or destroyed, it can only be changed from one form to another.” I immediately started to think about how this might apply to organizations and the people who work in them. 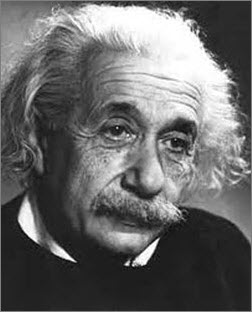 Every company, non-profit entity and governmental agency is fueled by what is currently being called, “human capital” – people. If it is the workers who are the source of energy in business, does Einstein’s idea still hold true? Can it not be destroyed? Can it only take on different forms? How can this knowledge help leaders?

I’m sure there are many ways we could take this analogy, and have invigorating discussion with it, so let me start with three concepts. In searching the internet about Einstein’s thought, I found this interesting excerpt in a Scientific American article about the idea of energy never being destroyed – just changing forms.

“Sparks create a fire, which generates heat—manifest energy that wasn’t there before. A battery produces power. A nuclear bomb creates an explosion. Each of these situations, however, is simply a case of energy changing form.”

I believe the energy of an organization resides in its people … all of them, at every level. The harnessing of this energy, helping it change forms in positive ways brings extraordinary success. But when we ignore that energy, when we stifle that energy by not listening, not valuing each individual, not caring … the energy is still transformed, but not in productive ways. An environment of organizational indifference, and sometimes resentment is generated. And it spreads.

Egalitarian managers, people who believe in mutual respect at every level, and who tap into the energy of their workers, ensure this power is channeled in constructive ways. Energy doesn’t get destroyed, it just changes forms.